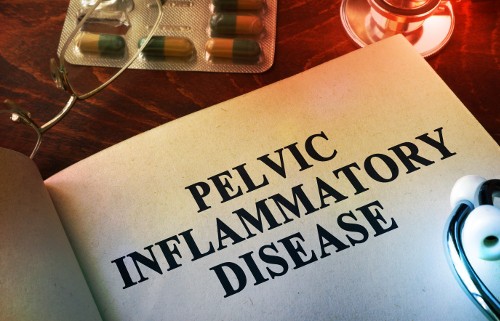 Pelvic Inflammatory Disease (PID) is an infection of the female reproductive organs. Transmission is via bacteria during sexual intercourse and is as a result of the infection spreading from the vagina to the uterus, fallopian tubes, and ovaries. The bacteria responsible for PID include those that cause STIs such as chlamydia and gonorrhea. This means that increased cases of reported STIs in New Zealand point to an increased risk of PID.

Symptoms of PID may not manifest until later on, and thus one may not realise that they have it. This means there is a need for awareness for those who are sexually active.

The symptoms of PID are:

Some women with PID experience more severe symptoms including sharp abdominal pain, vomiting, fainting, and high fever. If left untreated, PID can be potentially life-threatening, especially if the infection spreads to the blood. Long-term consequences include infertility, ectopic pregnancies, and chronic pelvic pain.

Recent studies show that acupuncture may be effective in treating PID. The aim of acupuncture and TCM’s holistic approach is to improve the flow of Qi and blood through the body. Good blood flow to the pelvic region will help fight the bacteria responsible for causing PID. Acupuncture also boosts the body’s self-healing capacity and immune system, helping fight infection. Acupuncture works well in conjunction with antibiotics and other medication where necessary depending on the severity of the patient’s condition.

Two related studies similarly titled; Acupuncture for Chronic Pelvic Inflammatory Disease, (Yudan Liang et al.,2014 and Ying Cheng et al.,2018), aimed to prove the overall benefits of acupuncture in the treatment of chronic PID. The first study followed 15 patients diagnosed with the infection who received acupuncture therapy bi-weekly for 3 months. On being interviewed, different participants voiced different concerns they had, the most recurrent being pregnancy aspirations. The other concern was fear of serious gynecological complications such as ectopic pregnancies. The participants reported feeling hopeful and confident after treatment.

The second study was a systematic review protocol where a literature search was conducted electronically up to October 2018 in several databases like MEDLINE, Cochrane Library, EBASE, and CNKI to determine the effectiveness of acupuncture on chronic PID. The study included clinical trials with acupuncture treatment, and outcome measure consisted of improvement rate, pain relief, recurrence rate, and side effects. The findings reported that a significant benefit is gained from the use of acupuncture.

If any of the above-mentioned symptoms occur, it would be best to see a doctor immediately before the infection spreads further. Contact Centre of Balance if you decide to try acupuncture for PID, as acupuncture may be used to treat the infection itself and the pain it causes.

Fill in our online questionnaire for free – and save the $135 it would cost you to do this detailed medical history in person with a practitioner.  You can request a phone call from a practitioner after they have read your online form, or just book the 30 minute initial exam for $40.  So, call us on 07 846 7956 to book, or fill in the questionnaire now.

Acupuncture for Anovulation
Scroll to top